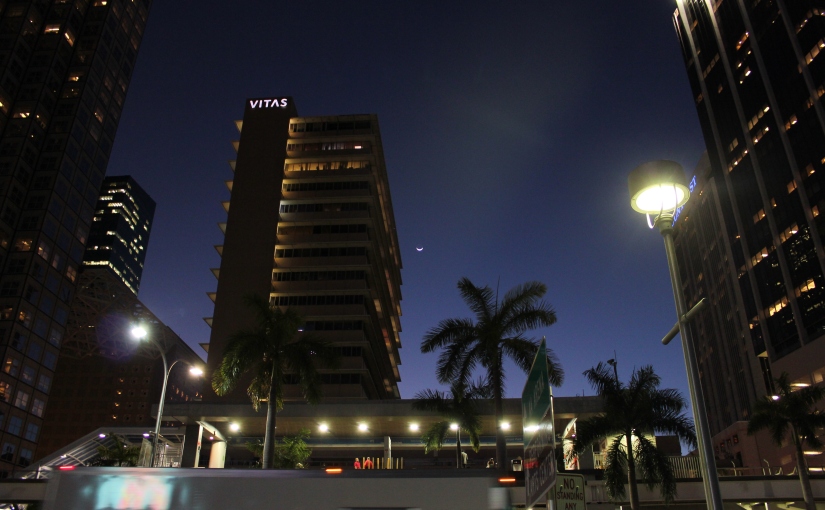 I like writing prompts, as you might have guessed by now. Here is another text inspired by one, and you can find the prompt here.

The night was late and silent. Outside her window the large city was going to sleep and inside her office she was alone. A security guard had passed her door half an hour ago, but since then nothing had broken her solitude. Good. She didn’t like being interrupted in her work, and she had plenty of it. Running a country this size was not a full time job; it was a life. She hadn’t gotten to where she was by wasting her precious time on such petty trivialities as sleep and other useless things.

The clock struck midnight. She looked up. She didn’t have that kind of clock in her office.

”You had me killed.” The voice came from the chair in the corner, now draped in shadow. A tiny glow pierced the gloom and revealed the end of a cigarette.

She remained seated, her eyes struggling against the darkness until she could make out the face of the man staring back at her from across the room. ”Oh, it’s you”, she said and turned her attention back to the screen. She didn’t like being interrupted in her work.

Quiet laughter, not really amused but almost. ”So I’m not the only one? There are others? Jesus, you’re cold.” He rose and walked over to her end of the office. Leaned against the window and continued smoking his cigarette.

A distinct scent of old tobacco smoke started spreading in the room. It had not been easy to get that same scent out of the walls when first she had taken over this office, and now she would have to do it all over again. She sighed. ”What do you want?”

”Sharp words from a vice president towards her superior, don’t you think?”

She almost lost her temper, and abandoned her work to stare at him. ”I would think that, yes, if I hadn’t been promoted and you hadn’t been dead. Now go back to resting in peace or whatever it is that you people do, and let me do my job.”

”Wow. I had expected at least some little show of remorse from you. But I’ll tell you what I want. I want retaliation or an apology, or at least an explanation. I won’t leave until I get one of them.”

She resumed typing on her keyboard, ignoring him. ”Then I’m afraid you’ll have to make yourself comfortable, because you’re not getting any of them from me.”

”I suspected as much”, he said and returned to the chair in the corner. ”That’s why I deliberately chose tonight for my visit.”

”Is that so?” She only listened with half an ear now. She didn’t have any time to spare for ranting, vengeful ghosts. She had to work on her next promotional speech.

”Yes it is.” He blew out some smoke and put one leg over the other. Leaned back. ”That’s quite some campaign you’re running there. Water proof, even. Your opponent won’t stand a sorry chance.”

She met his eyes, surprised and somewhat disarmed. ”Thank you. I guess. That actually means something, coming from you. I know I won’t be losing to him.”

The ghost nodded, a vicious smile playing at the corners of his moth. ”And he knows that too. That’s why I’m not your only visitor tonight.”

She frowned, opening her mouth to ask him what he meant. But then the door to her office burst open and all that escaped her lips was a scream in fear before everything became pain and chaos.

And he did just as she had asked him to and made himself comfortable, as he revelled in the violence that played out before him. She stopped screaming eventually, and the killer left the office as soundlessly as just another phantom.

”Retaliation it is, then”, the ghost of her predecessor laughed quietly from his chair. Then he drifted back into the shadows and the late night became silent once more.

And all that remained was blood and a fading scent of old tobacco smoke.

One thought on “A Late Night Distraction”